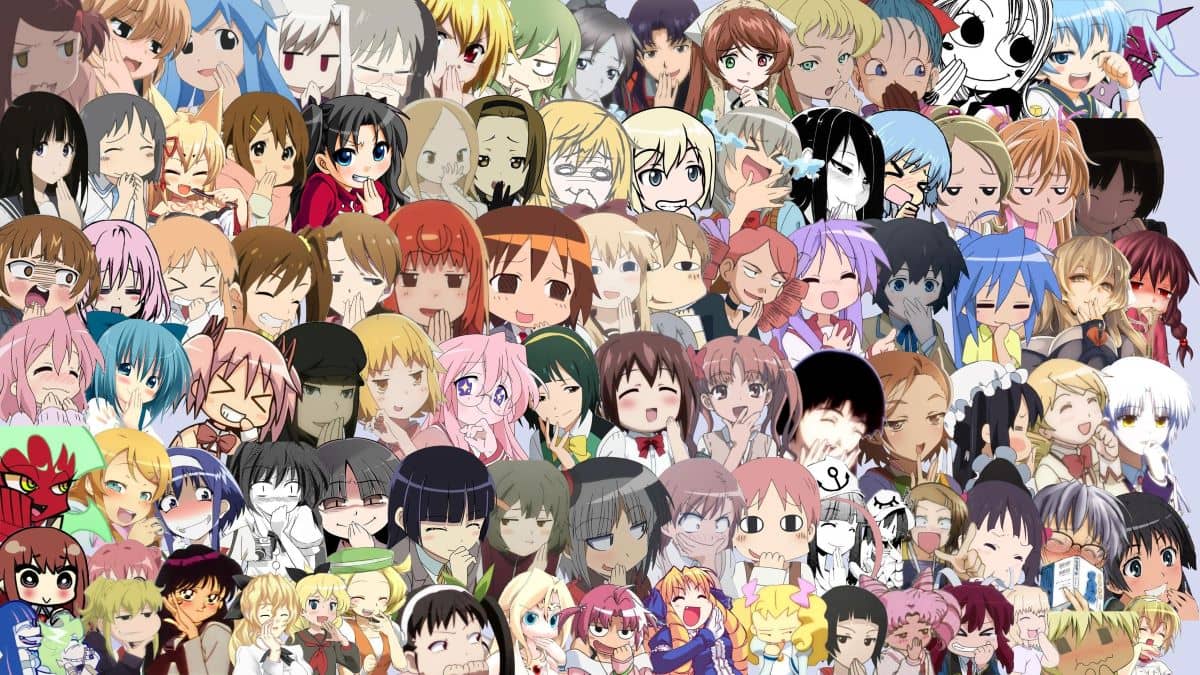 We love anime girls. They’re so cute and quirky and fun, and they always seem to have such interesting lives which is why cosplays exist. However we’re not gonna lie—you can’t be a true anime fan without having your favorite anime girl as your pfp. And if you’re like us, it’s a tough decision to pick an anime girl profile picture! There are so many amazing anime girls to choose from, and we all have our own reasons for loving them.

We’ve narrowed down the list to our top ten favorites, but we want to know what your favorite anime girl is! Whether it’s Snapchat or Discord, maybe TikTok, please tell us in the comments below on platform you will use her photo as pfp, and maybe we’ll feature your response on our next time we edit our this post.

Mikasa Ackerman is a character from the popular anime series Attack on Titan. She is a fictional character who has been created by Hajime Isayama and she is depicted as being one of the main protagonists in the manga series. Mikasa’s role in the story is that she serves as a supporting character in many of Levi’s missions and also serves as his subordinate during their time together. No doubt that she’s a very cute anime girl and she would make a perfect pfp for your Discord, TikTok or Instagram profiles.

Mikasa is also known for being a very strong-willed person who will do anything it takes to protect her loved ones from harm, even if it means putting herself at risk. She has proven many times throughout the series that she has an ability to be able to withstand pain without showing any signs of weakness which makes her an incredibly powerful fighter when it comes down to fighting against Titans and other enemies within their world. If you believe that Mikasa represents your character, feel free download any of the pfps below and use them in your social media profile pictures.

Asuna Yuuki is a fictional character and the main heroine of the Sword Art Online series. She is a sub-leader of the Knights of the Blood Oath, the daughter of Yuuki Shouzou, and she wields a rapier named «Lambent Light». She’s very gorgeous and lovely, which makes her one of the most preferred anime girl pfps on the internet.

Asuna is known for her high intelligence and her skill with swordsmanship. She also has a very large amount of determination, which allows her to persevere even when things seem hopeless. Do you think you resemble Asuna’s personal traits? Here’s some Asuna pfps to pick for your profile photo:

Erza Scarlet is a fictional character from the anime series Fairy Tail written by Hiro Mashima. She is one of the main female characters in the series, who works as an S-Class Mage of Fairy Tail and is also one of its most powerful Mages, second only to her childhood friend Jellal Fernandes.

Erza is a woman with long scarlet hair, blue eyes, and a curvy body. She wears a variety of armors throughout the series but her signature armor is known as Flame Empress Armor which has been given to her by Jellal Fernandes when he joined Phantom Lord Guild. This armor gives her an incredible amount of defense and strength but also makes it difficult for her to move freely due to its heavy weight. Below we picked some of the best Erza Scarlet pfps for you:

Winry Rockbell is a fictional character and one of the main characters in the Fullmetal Alchemist manga series and its adaptations created by Hiromu Arakawa. She first appeared in Chapter 1 of the manga, which was published in April 2001.

Winry is portrayed as a tomboy who enjoys repairing and building machinery, especially automail prosthetics. She has stated that she wants to become an automail engineer and open her own shop. Her dream is to create an automail that can replace a person’s entire body.

Mirajane Strauss is an anime girl character who appears in the Fairy Tail series. She is a member of the guild Fairy Tail, and she is one of its S-Class Mages.

Mirajane is a kind-hearted girl with a strong sense of justice; she cares deeply for her friends and family members alike. She has long blonde hair that she keeps in a high ponytail with two buns on either side of it (similar to how Lucy Heartfilia wears hers), blue eyes, and pale skin that makes her look almost like an ice queen! Her cute and sexy look makes her a popular pfp among anime lovers.

Read if you are planning use Hinata Hyuga as your pfp on Discord, Snapchat, TikTok or Twitter. Hinata Hyuga is a main character in the anime series Naruto and Naruto Shippuden. She is the heiress of the Hyuga clan and the eldest daughter of Hiashi Hyuga and Hizashi Hyuga. She is also the younger sister of Neji Hyuga, and Hanabi Hyuga. In addition, Hinata was born with a rare bloodline that allows her to use chakra to create jutsu called “Byakugan”.

Hinata is a shy, young girl from the Hidden Leaf Village. She dreams of being able to protect her friends and family and will do anything to make that happen. She is often teased by others in her clan because she lacks confidence and has low self-esteem. However, she also possesses great inner strength which she uses to overcome her fears and help her friends in need.

Lucy Heartfilia is a main character in the anime/manga franchise Fairy Tail. She’s a celestial wizard and member of the Fairy Tail guild, who has the ability to summon different spirits to do her bidding. She uses her powers to fight crime and help people—and she’s got a big heart!

Lucy tends to be very outgoing and friendly, but she can also be extremely shy around people she doesn’t know well. She’s also very kindhearted and loyal, which makes her easy to talk to—and often gives her friends the courage they need when times get tough!

Tsunade is a character from the popular manga and anime series Naruto. She is one of the main characters in the series, and also its female lead. She is known for her short temper and incredible strength.

Tsunade, the Fifth Hokage, is a woman of many talents: she’s a gifted medical ninja with unparalleled healing abilities, a skilled tactician who can manipulate and outsmart even the most devious of opponents, and a leader who inspires loyalty in all those around her. Here’s our favorite Tsunade pfps and icons:

Yoruichi Shihouin is a legendary character from the world of Bleach. She is the former captain of Squad 2, and is known as the best fighter in Soul Society.

Yoruichi Shihouin is an extremely powerful character who can manipulate her spirit energy to create a variety of attacks and techniques. She is also a master of Flash Steps, being able to move at incredible speeds and use this skill to fight or evade enemies.

Yuno Gasai is a character from the popular anime series Mirai Nikki (Future Diary), which follows the story of Yuki Kuran and his ability to read people’s future diaries through his cell phone. Yuno Gasai is one of these diaries—and it turns out she has a pretty dark secret.

Yuno’s appearance is often described as “pure,” which makes sense when you consider how much she idolizes Yukiteru: he represents purity for her because he doesn’t see anything wrong with being alone or having no friends or family (which mirrors her own situation). But the fact that she’s an assassin who kills people in order to protect Yukiteru.

That’s it. Hope we helped you pick a nice, cool and aesthetic pfp for your profile picture. Note that you can use these anime girl photos for any website that requires you to pick an avatar, an icon, a photo picture. Don’t forget to leave your thoughts below!