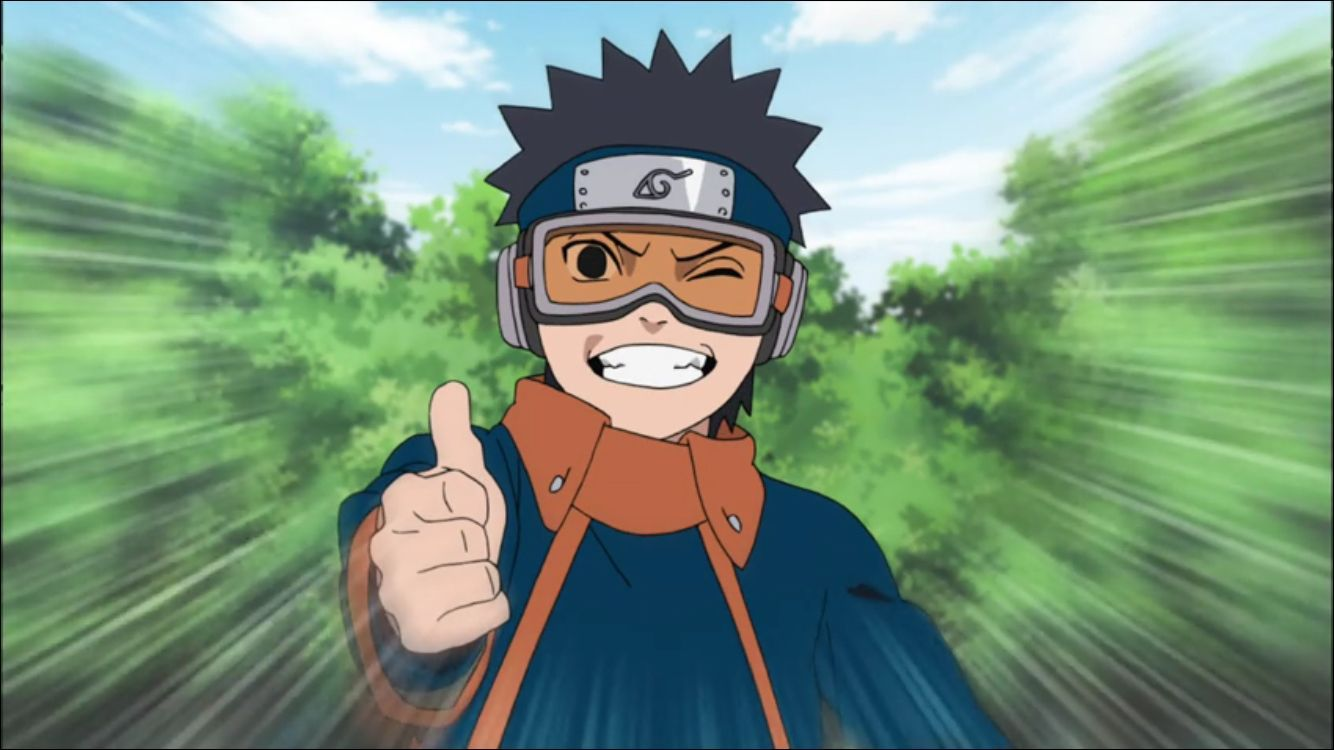 Obito Uchiha was a member of Konohagakure’s Uchiha clan. He was believed to have died during the Third Shinobi World War, his only surviving legacy being the Sharingan he gave to his teammate, Kakashi Hatake. In truth, Obito was saved from death and trained by Madara, but the events of the war left Obito disillusioned with reality, and he inherited Madara’s plan to create an ideal world. Resurfacing under the names of Tobi and Madara Uchiha himself, Obito subtly took control of the Akatsuki, using them as a means to advance his machinations, eventually going public and starting the Fourth Shinobi World War. However, towards the war’s conclusion, Obito had a change of heart and, as atonement, sacrificed his life to save the same world he sought to replace.

Obito grew up not knowing who his parents were; in the anime, he was left in the care of his grandmother. Feeling alone in the world, Obito dreamed of becoming Hokage so that the people of the village would acknowledge his existence. He enrolled in the Academy to help him achieve that goal, where he developed a one-sided rivalry with Kakashi, whose natural talent and popularity he was jealous of. He also became a close friend of Rin Nohara, whom he eventually fell in love with. After finally graduating some years later, Obito, Rin, and Kakashi were placed on a team under the leadership of Minato Namikaze.

During the Third Shinobi World War, Obito awakened his Sharingan, allowing him to see through his opponent’s camouflage and kill him. Obito and Kakashi infiltrated the cave and released Rin from her restraints. Her captor, Kakkō, caused the cave to collapse around them. As the team ran for the exit, Kakashi was struck in his blind spot and fell. When Obito noticed that Kakashi was about to be hit by a falling boulder, Obito pushed him out of the way and became trapped in his place. With the right side of his body crushed and no way to free himself, Obito accepted his fate and made an offering: to give Kakashi his left Sharingan as an apology for not getting him a present earlier. Kakashi and Rin were rescued by Minato and, when they returned to Konoha, Obito’s name was engraved on the village’s Memorial Stone.

In actuality, Obito was rescued by White Zetsu under orders from an elderly Madara. He brought Obito to the Mountains’ Graveyard and tended to his injuries, removing those body parts too damaged to be healed and replacing them with limbs cultivated from the cells of Hashirama Senju. Despite his injuries, Obito’s right Sharingan had survived intact. Although frightened by Madara, Obito felt indebted to him for saving his life and was willing to render any assistance he could, and offer Madara made clear he would collect upon. Obito began a long rehabilitation process, eager to recover enough for him to return to Konoha and help his friends and the village with the still-ongoing war. With the help of White Zetsu and another spiral-faced Zetsu he nicknamed Guruguru, Obito became accustomed to his replacement limbs and the abilities they granted him. All the while, Madara would tell Obito about the harsh realities of the world and his plan to save it, which the young Uchiha disregarded.

Using Madara’s name and concealing his identity, Obito moved into the shadows of the ninja world to acquire the remaining pieces of the Eye of the Moon Plan. Shortly after Madara’s death, Obito and Zetsu went to Amegakure and approached the fledgling Akatsuki with an offer of support in creating the world of peace they envisioned. In truth, he only needed Nagato, in whom Madara had implanted his Rinnegan several years earlier and who would be needed in the final stages of the Eye of the Moon Plan. While Obito was almost able to sway Nagato, the Akatsuki leader, Yahiko, declined; Obito claims he eventually agreed without informing Akatsuki’s other members. In the anime, Obito learned of a conspiracy between Hanzō and Danzō Shimura to eliminate Yahiko. He intercepted and killed the members of Akatsuki that tried to rescue Yahiko and, once Yahiko was dead, encouraged Nagato in a new direction for the organization, one focused on acquiring the tailed beasts. While Nagato became the Akatsuki leader and recruited powerful missing-nin for their cause, Obito took on the alias of “Tobi”, and changed his personality around members to conceal his identity.

I’m sure you liked the story of Obito’s character that’s why you are here. Which Obito profile picture are you planning to use on TikTok, Discord, Minecraft, or anywhere?