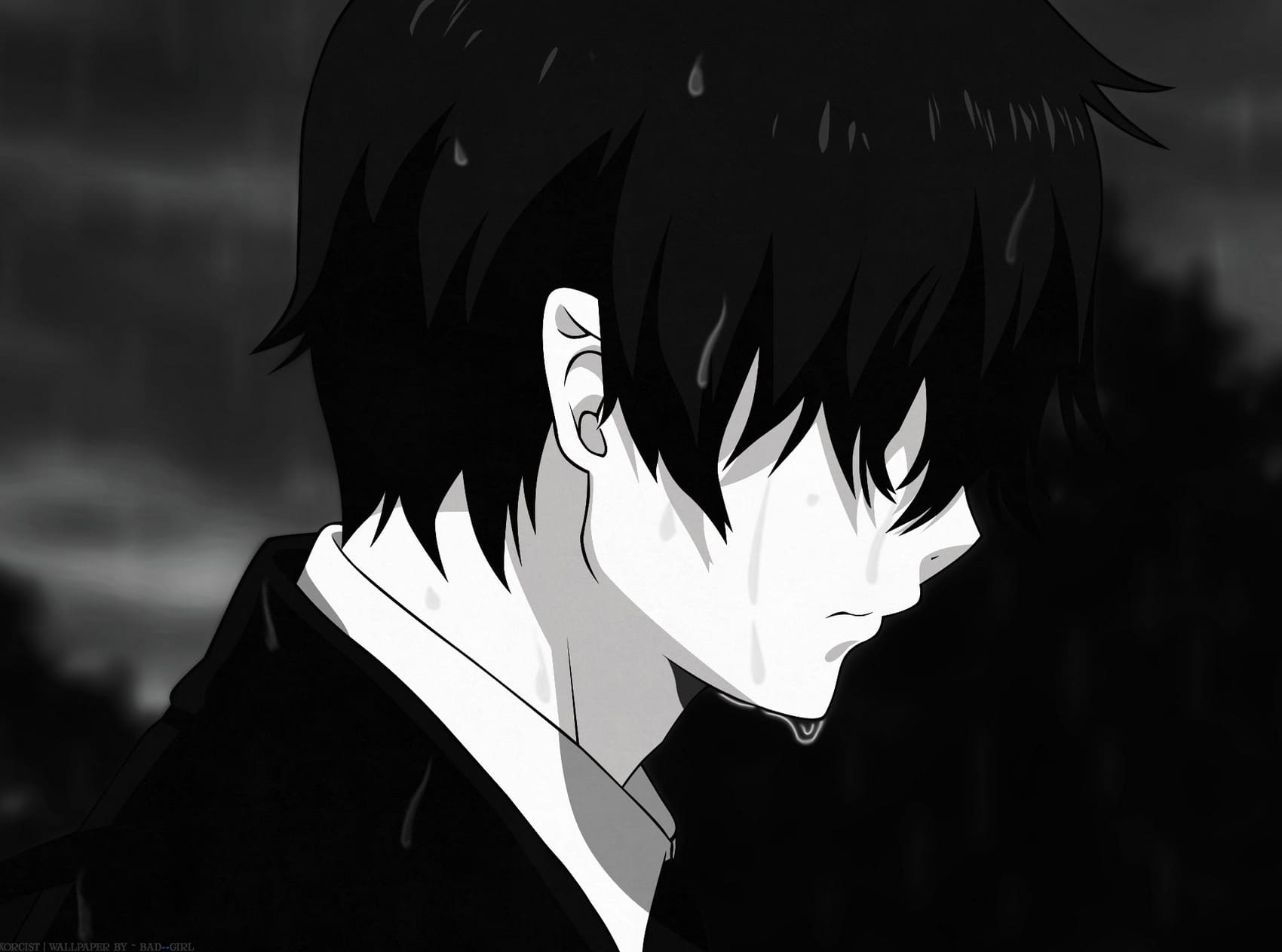 Houtarou Oreki is the protagonist of the Classic Literature Club series and Hyouka. He is a student of Kamiyama High School and a member of the school’s Classic Lit Club. Houtarou is an apathetic, cynical and calm person. Along with his passive demeanor, Houtarou seems to always “conserve energy” and never exerts effort on anything unless absolutely necessary; thus coming off as sluggard.

Because of his attitude, Houtarou doesn’t talk much, and he rarely gets mad, though he does appear to get irritated often. In general, Houtarou doesn’t express his emotions much. On the other hand, he is surprisingly smart and clever, having brilliant deduction skills which allow him to solve different mysteries. Being a loner and showing no emotion makes him one of the popular sad anime characters that lots of people use as their profile pictures on their social media accounts.

Yuu Otosaka is the main protagonist of the story and a first-year transfer student at Hoshinoumi Academy. He has the ability to temporarily possess a person for 5 seconds. However, it is later revealed that his actual ability is stealing the abilities of the ability-user he possesses. Towards the end of the series, he becomes widely known and feared as the One-Eyed Grim Reaper.

Yuu, at the start of the series, is a selfish, arrogant, and narcissistic boy, who misuses his ability on a daily basis. He is clearly intelligent, being able to devise carefully calculated schemes to achieve his devious goals. As of Promise, Yuu is shown to care for his friends immensely and wants to be able to protect them from harm, no matter how much danger he may have to face. This, as well as his promise to Nao, allows him to decide to take a huge risk and attempt to plunder all abilities outside of Japan.

Over the course of his journey, Yuu’s abilities, as well as the constant danger he faces, begin to take their toll on him. He shows signs of PTSD and is unable to sleep. At the end of the series, Yuu has lost all of his past memories. As a result, his personality is a blank slate. The whole story is really sad which makes fans who are looking for sad PFPs use the photos above as their profile pictures on Discord, Tiktok & other social media platforms.

Hyakkimaru is the main protagonist of the Dororo Series. He is a ronin searching for parts of his body that were stolen from him by demons and slaying said demons. The demons originally took his body parts as part of a pact with his father and archenemy.  After learning the entire truth from his mother, he vows to kill his father and brother and regain all of his missing body parts. He is accompanied on his harsh journey by a young thief named Dororo.

With the limited access he has to the world, he was curious, naive, and sensitive to his surroundings. Hyakkimaru was aggrieved by the unfair treatment he was given. The anger drove him to hunt for demons more vigorously in order to get his body back. It had led Hyakkimaru to lose his humanity and sentiment, as he would not hesitate to destroy those who get in his way. If you have watched the series Hyakkimaru’s life experience is full of sadness that a lot of fans who are looking for sad PFPs use him as a profile picture on their Discord, Tiktok & Instagram.

These are the top 3 anime characters that are suitable for you if you are looking for sad PFPs. I hope we were able to help you pick a cool and aesthetic sad anime profile picture. You can use these PFPs on any website or social media platform that requires an avatar or profile picture. Don’t forget to comment your thoughts below.